Every Monday we feature a member of The LIVE A GREAT STORY Community who are writing their story and making a positive impact in the world.

This week's member profile is with Kelly Margerum, founder of Ripple Out Retreats.

In this interview, we covered topics including: 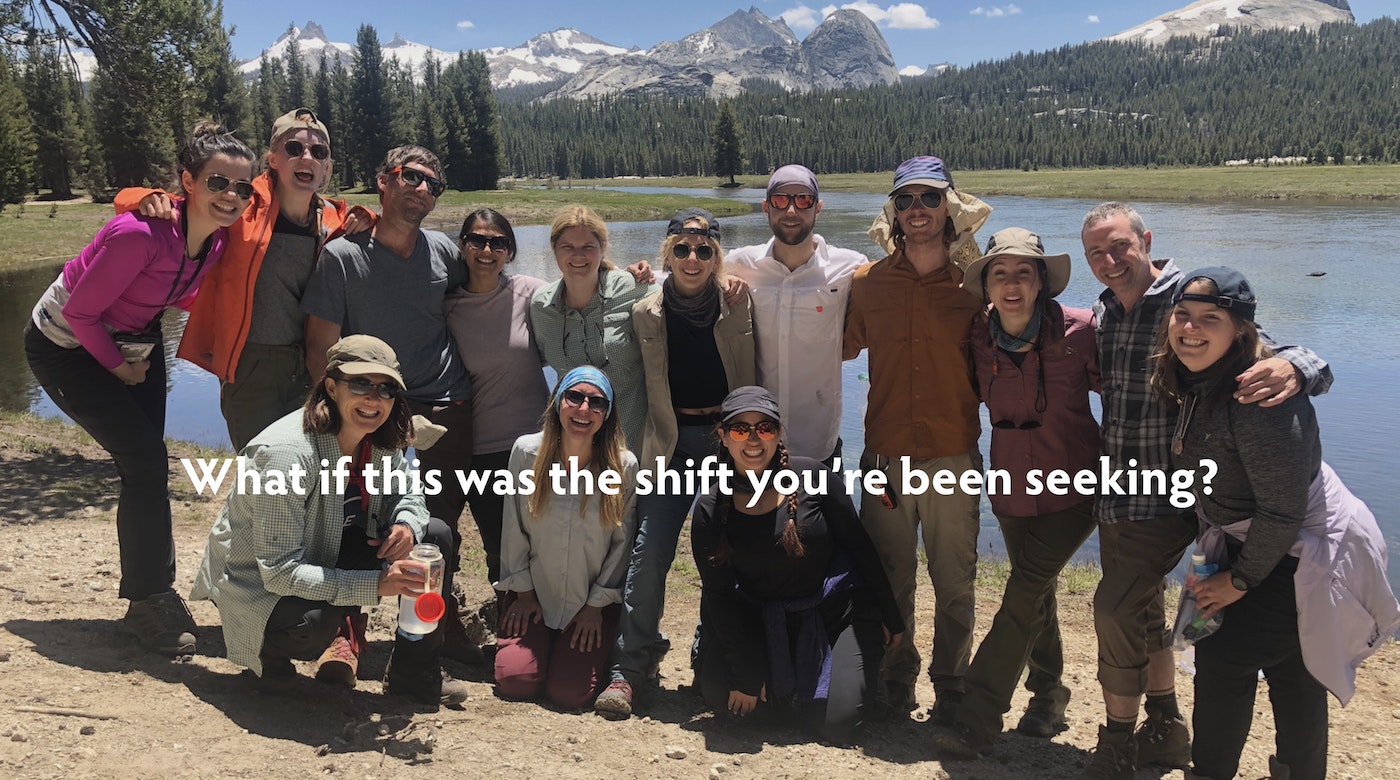 What is Ripple Out Retreats?

Ripple Out Retreats brings people together to facilitate experiences that go far beyond what the trip shows you visually.

It's really all about getting groups of people together to realize the power that can happen with small groups and a facilitated experience.

The trip format is rooted in the idea of a mastermind.

The leaders of our company all have a very serious relationship with a mastermind group that we were a part of back in 2012. Since then it has become a huge source and kind of the root of what we're doing for getting people together and asking them to look at things in their life that they probably have never looked at before. So really getting them into this introspective deep thinking space while on a trip far away from their home. 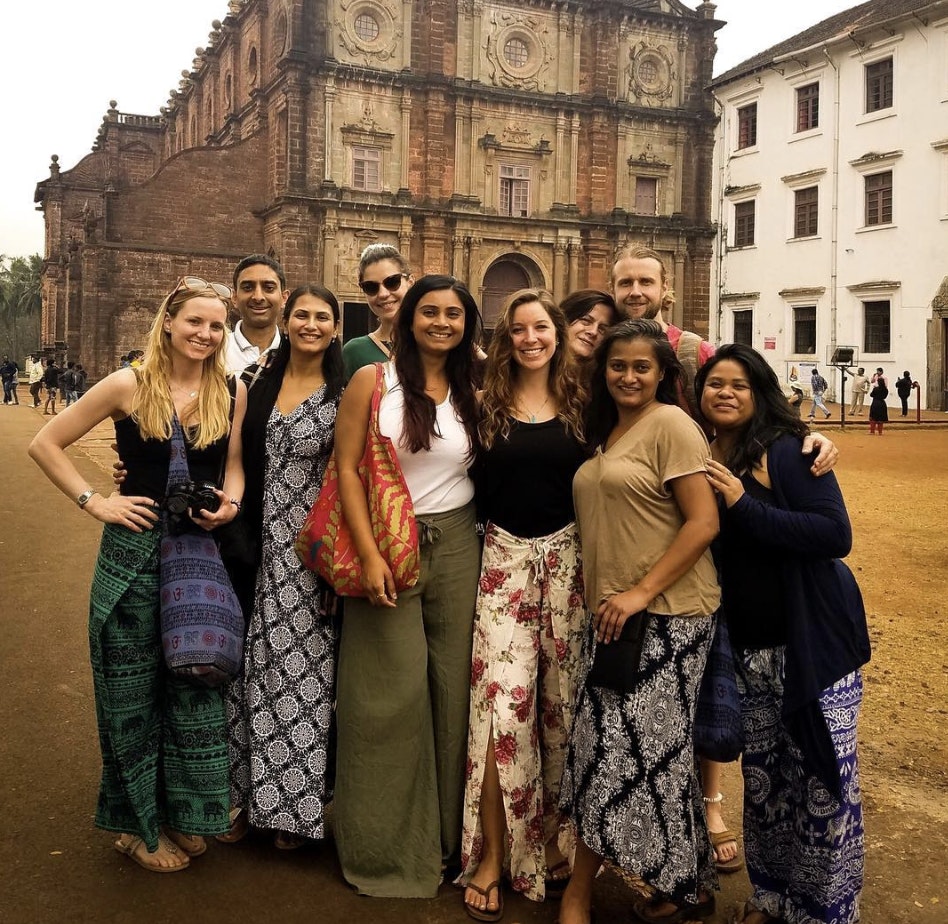 Why do you think the transformation on a trip is more impactful than at home?

I think people need to get out of the country or at least out of their normal routine because it creates a pattern interrupt.

It's really easy to go through our day and through our lives somewhat like hamster wheel analogy. It's the idea that we just kind of move through the motions and we don't take a lot of time to think about what we actually are doing and where those actions are going to lead us in in two, three, five years.

So I think that when we are taken completely out of our routine and we're surrounded by people we might've never ever have chosen to be around, let alone being on a trip in close quarters for 10 days with them, it creates this idea of the unknown world.

Yeah exactly, I resonate a lot with the hero's journey and bringing people into that kind of unknown world, a place where they're not super familiar with it.

We don't know what we don't know, and I think being asked to explore different realms, internally and externally, really kind of opens up that discovery. 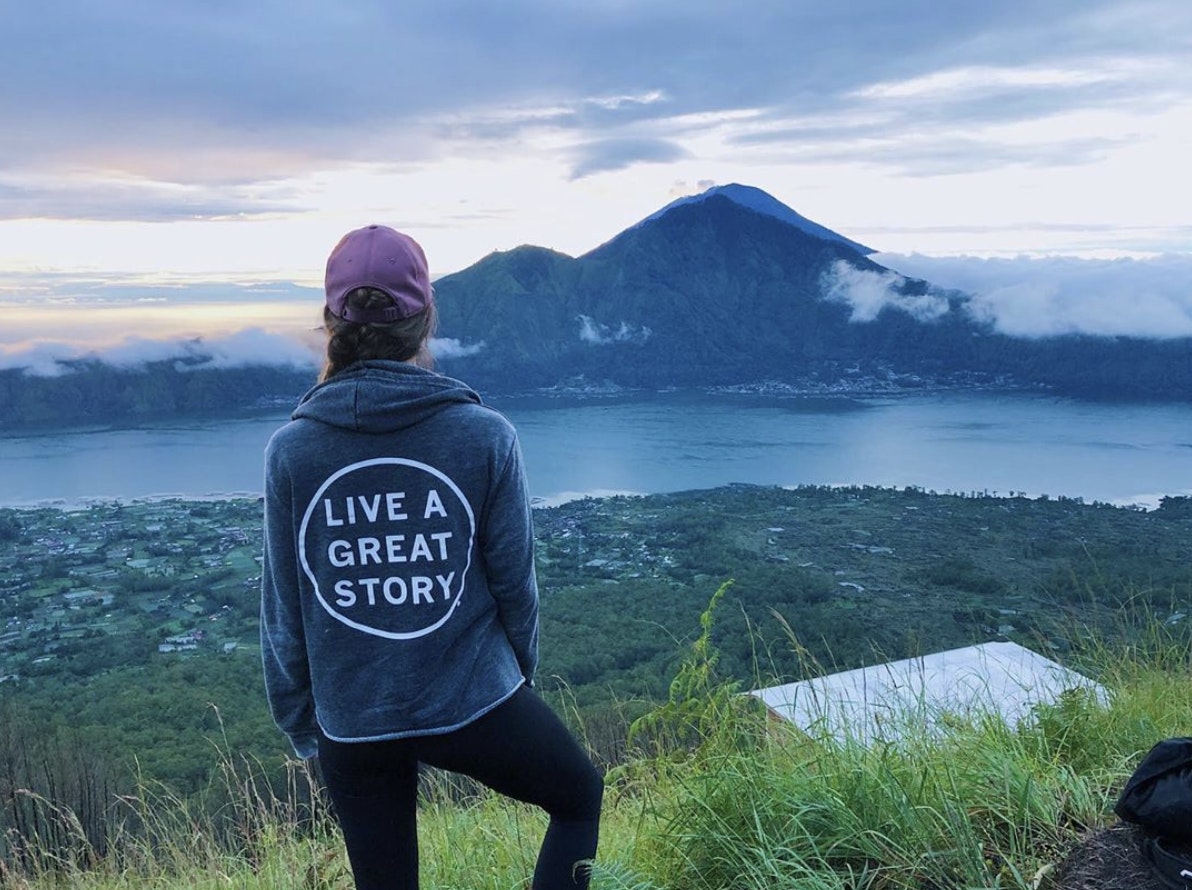 What would you tell people that haven't had a life-changing experience on a trip?

I always see the trips as like an opportunity to take inventory of your life. I think very few times we actually give ourselves time and space to sit down and look at what the hell is even on our plate.

I think that these retreats are almost like an intensive mastermind program where you show up and for 8-10 days straight for eight days straight we ask you to in a sense take inventory and look at where you've been and where you're going.

And then to ask yourself, "Is this even the direction I want to go?"

I think it's a really unbelievable space to take that personal journey, but also to do it with a group where you know the other people are uncovering some pretty hard, interesting truths as well along the way.

And to share that experience with other people is something that's been invaluable in my life and that's why I continue to do it.

What gave you the idea for this?

I started doing retreats because back in San Diego I was part of a mastermind group. And within that group, it completely changed and pivoted my entire life. It was a group of women that I met with weekly. And from those conversations, I realized what was possible in my life.

I think a lot of times we're not asked to look at things in a direct way or even to find resonance within the other people in our community and realize that we actually aren't the only ones that feel certain ways or are going through certain things.

Doing that entirely shifted my life and I started to realize what I was capable of... and it was far beyond what I thought. So the power of community came through very, very deeply during that time.

And then I moved away from that group, across the country, and I realized that I didn't have anything like it where I was.

And because of that, Ripple Out Retreats really came out of necessity because the only solution was to create it for myself and the desire to want to create it for other people cause I know the power in it. So that's kind of what's brought me to where I am today with it. 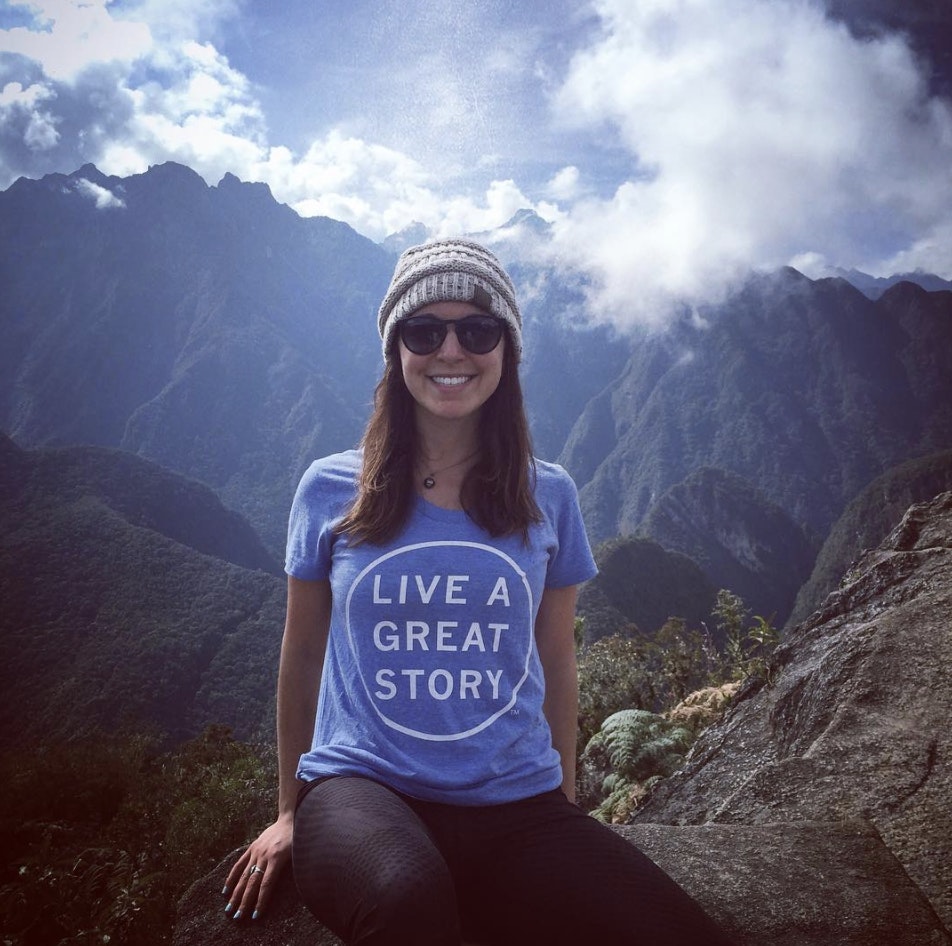 What's been one of the biggest lessons you've learned through launching a business?

One of the biggest things that I have learned is just being open to changing and shifting for what the world needs.

I think that I had a very direct understanding from the get-go of what I wanted and what I want to be is to look like. But the more that I've moved forward, the more  I realized how much room there is to change and to grow with the people once they come along.

And then I think he's just figuring out where to spend my time. What's the order of priority and how to figure out what needs to be automated first?

One of the biggest thing is just keeping in touch with people because this is a very one-on-one type of thing. It's like people aren't going to just sign up for something if they don't know who we are.

So I feel like we need to keep a really present appearance with people or just keep talking with people and explaining what the hell we're even doing.

So it just, it feels like everything is a priority at the moment. So it's been a lot of putting out fires, but I think that's with any new business. I think with any new venture you're going to end up running around like crazy.

But that's like the fun of it. It's building the foundation. Not crying about it, but I'm definitely busy. 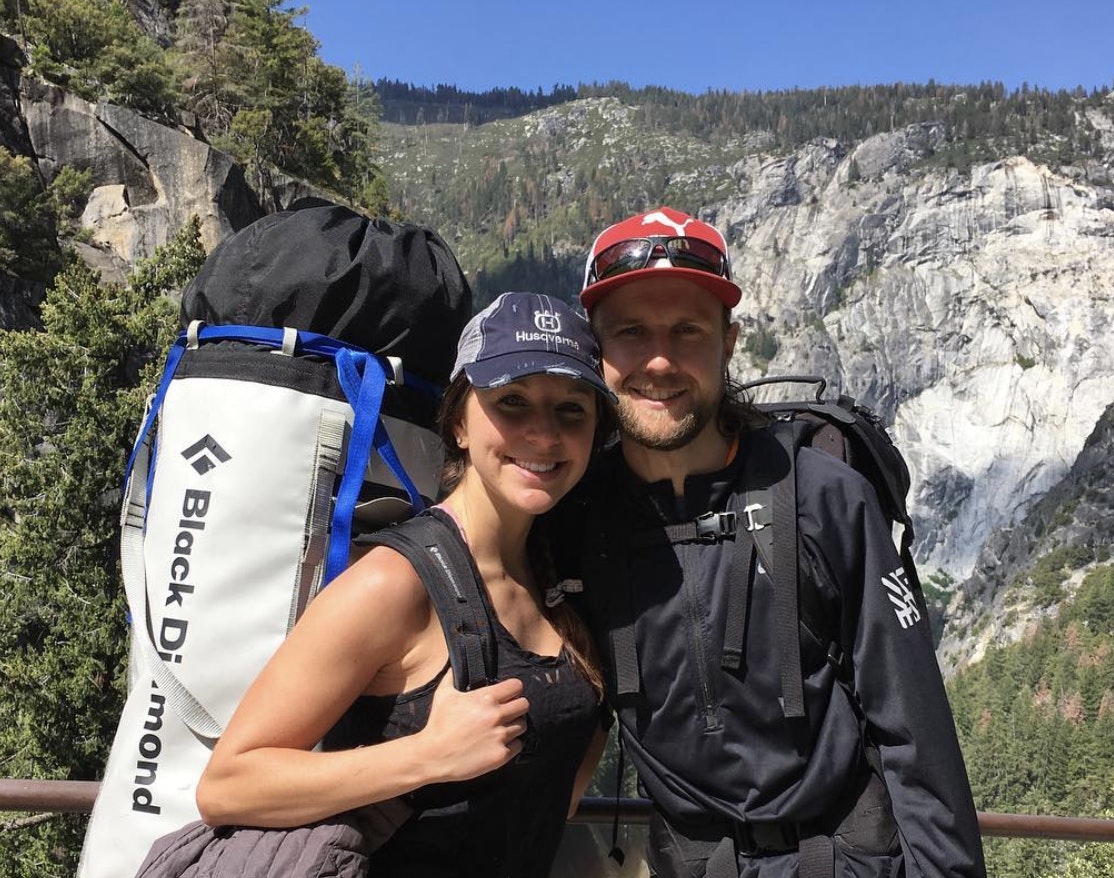 So people go on these life-changing trips, what happens when they return home?

We stay pretty close in contact with everybody after the trip. I think that's one thing that sets us apart. I think there are many things that set our company apart from, you know, we're not a tour company.

The real magic happens when you return. When you're crossing that threshold and then come back into the ordinary life, it's all about how you integrate, how you bring whatever you felt, whatever you learned, whatever that came up on the trip, what do you do with it back in real life?

Because I think that's the part that is the most important. It's not exactly what happens on the trip or what you learn about yourself, but it's what do you do when you return?

We had someone come on one of our trips two years ago that had never picked up a book and was not in some personal development. When he returned, he entirely changed that.

As soon as he came back, he's blowing through books, he's now outside walking, taking hikes all the time. He now has this relationship with nature that he never had before and he's just changed so many little tweaks through his life.

We just had two women who came to Yosemite that I'm thinking of particularly, and it's just been one huge, massive transformation after another.

It's been unbelievable and we've continued communicating with everybody from the trips so these are just a few examples.

What trips do you have coming up?

We're going to Yosemite in July for a 10-day backpacking trip.

And then France and Spain in September to walk the Camino de Santiago which is a really famous spiritual pilgrimage from the sixth century.

People walk it to take time and and create that space for introspection and go a little deeper, pretty much exactly what we're all about.

Our last one for this year is going to be Guatemala and that'll be over new years. That trip is going to be kind of a year in review, but more in-depth. Very intense. I'd say that's probably the most intense mastermind like experience that we have at the moment.