Skip to content
Save up to 60% on Inspiring Stocking Stuffers

Every Monday we feature a member of the LIVE A GREAT STORY community who is building an entrepreneurial passion that's making a positive impact in the world.

This week's member profile is with a long time LIVE A GREAT STORY community member Angelina Cude. She runs a non-profit called No Solo Existen with a focus on serving homeless youth. 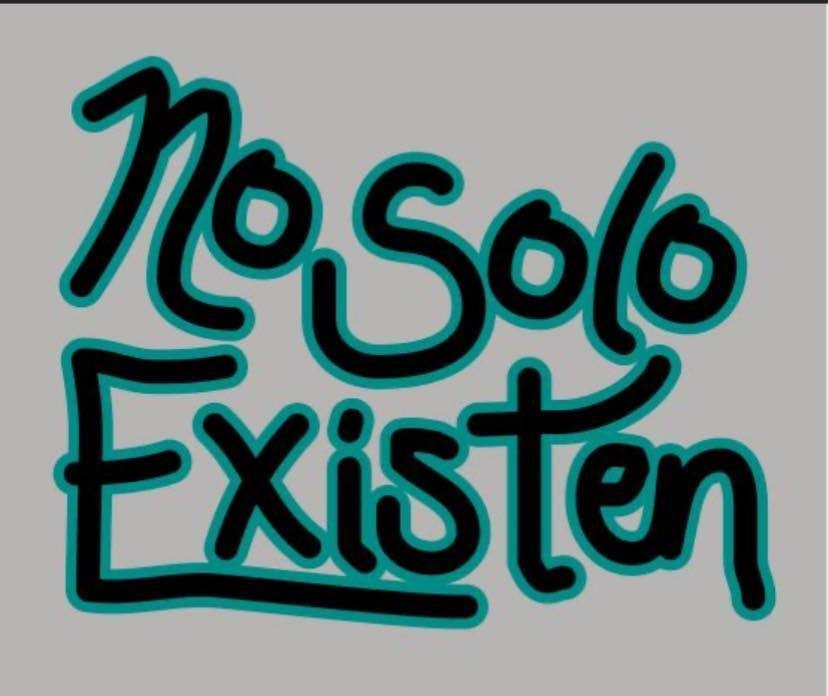 Tell me about No Solo Existen

This will be our third year in existence. So we started in March 2018. It just blows my mind to have to watch it evolve and to grow completely accidentally.

It started with these seven kids that really just come from poverty. They come from homes that are broken, a minimum of four kids in the home. And usually, it's maybe a 600 square foot apartment that we're talking about.

These kids growing literally like on top of each other.

And so we stepped in and just said, "Hey, we should go on Facebook, see if there's anyone that wants to help out." We found seven people who said, "Sure, that sounds cool." And we went to work.

And from those seven core kids, we are now at I think 29 kids. That is school-aged kids and young adults formally in care. And we're in two states.

So that blows my mind cause I'm like, "That's not even what my intention was." But in two years we have successfully grown to be a high-quality resource program.

So in Salem, I'm working with Marion County as a collaborative effort. They are the main umbrella. And under it, they have different resources because we have a very high homeless population.

And so I'm going to be working with the county in order to keep the homeless numbers down.

That's my biggest thing: Let's start with the root of the problem.

How do we help these kids obtain and maintain independence and change the trajectory that they're on for adulthood? Because they have so many things stacked against them, how do we address the root problem?

What are your personal biggest obstacles running a non-profit?

So for me personally it's getting out of the house, setting office hours and making it a commitment to be in community. It's going out and getting my face and voice out there to share who we are and getting away from the computer.

The second thing would be battling with funding, which I guess is a No Solo thing, also. Because as much as I love what I do at the end of the day, I have to pay bills.

So I stack all my tutoring at the end of the day, which gives me the daytime to run my non-profit.

But I also don't want to exhaust myself. And so it's about finding that happy medium of using these few hours of work to get funding, but also No Solo needs a little bit more of my time, but there's no funding there.

So figuring out grant writing, fundraising, all those different things.

And then the third thing would be just a fear of rejection. That is the biggest thing.

How do I excitedly tell somebody, the way that I can do on Facebook, how do I animatedly share what it is that we do and not come across as like, "Okay, lady, I'm not sold on this."

It's figuring out how do I share organically and make it genuine without people going, "Oh my God, it's the No Solo lady, run, she's going to tell me about it."

What are your biggest obstacles for your non-profit?

The biggest thing is funding, which I think is probably every nonprofit.

The second thing is volunteer recruitment.

And then just keeping the team as a family unit.

It isn't too bad because we set the precedent pretty early on that we do run as a family and so that helps. But really just getting the team amped and excited to be a part of a bigger thing.

So what I typically do is once a quarter we try to have a big fundraiser. Like a pop-up shop, come to this place in Salem and purchase shirts.

Hopefully, we get just a surge of people that come and purchase these shirts and we have a chunk of money.

We changed this year to do it once a month. So like this month we have just a tamale fundraiser. 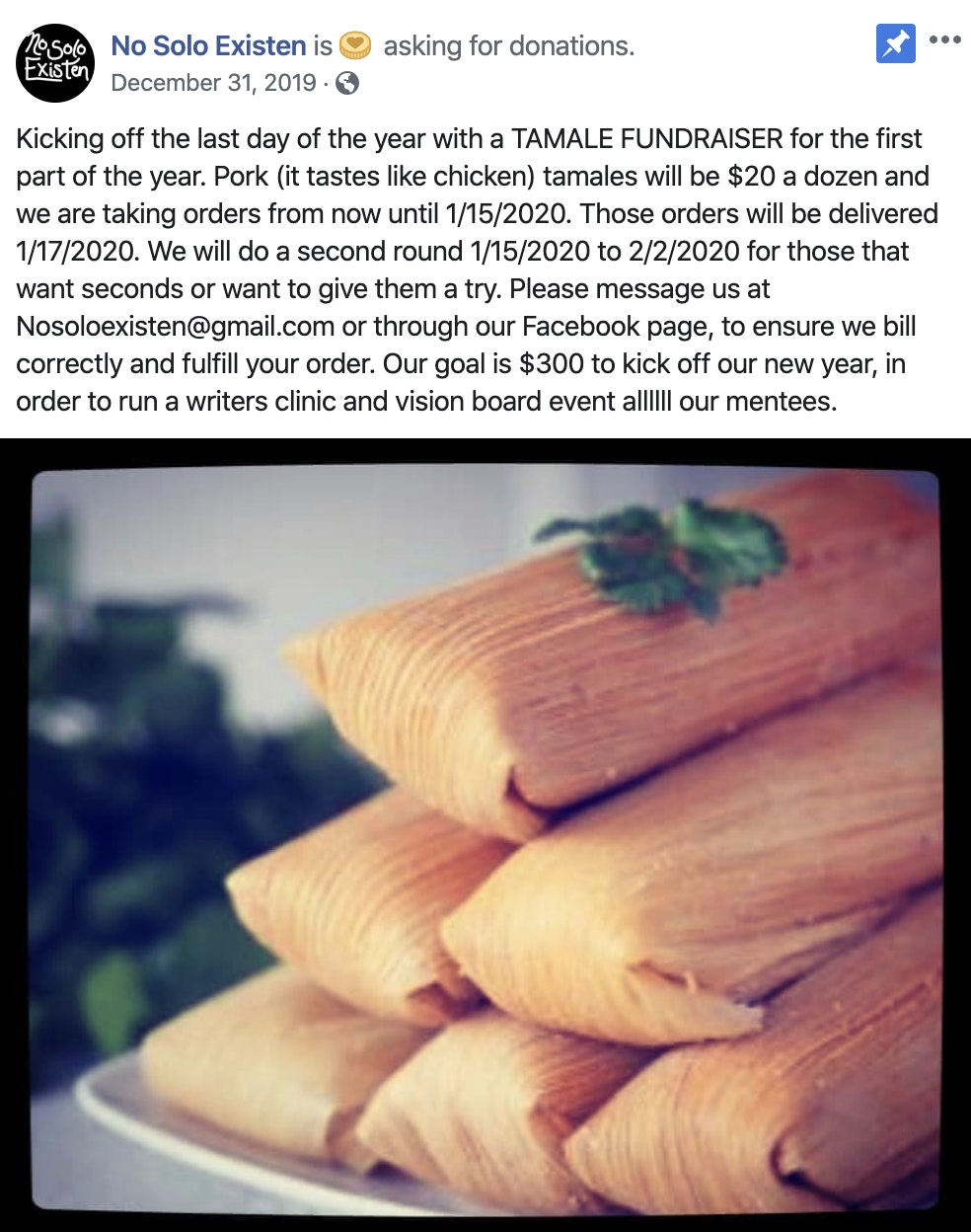 We've also partnered with some restaurants that are going to do, I think a lot of places to do this, where 30% of what we make this evening goes to the nonprofit.

So every month really just having something that is bringing in some type of funding for us.

And in the meantime, you get people that that will just simply ask, can I buy a shirt? Can I donate? Can I do this? You'll get these drips of residual interest like, "Hey, I was at your event in November, I want to donate now."

And then probably doing one big fundraiser a year. I think last year we did our first just huge silent auction for people to come in and find out about us. And that was in the summer, so we'll probably do that again. And that's really it, as far as the fundraising part of things goes.

What about writing grants?

We did hire a grant writer and she has a calendar of grants. So each month she's writing a grant for us. She spends about two or three hours looking for grants and then she'll get approval from us and the board asking, "Hey, this is going to be about four hours, can I write this grant for you guys?"

So ideally by the end of the year, I'd like for us to have two grants that we're writing because we'll hit that three-year mark that a lot of these places are looking for in a nonprofit. Right now. We're just so young that they see how long we've been in existence and then that's it. They're done with us.

So this experience taught me it was really good to identify, okay, you need to grow. But grow in a way that's going to show that there's some sustainability. To get a grant they need to know that you're going to be around for a while and that you'll use the money the right way.

I have never run a business on my own. It was something I was like, it's for everybody else. But what I've learned is that anything is doable.

And I did it all based on Dummies for Non-Profits book. And learning from mentors. This is possible. We can get through it.

So really just the idea that it is possible to take over community with positive thinking and like-minded people and to grow and to flourish and just get out there, but you have to have a good team.

That's the biggest thing too, you cannot have a tainted team. That's one thing I don't stand for. So it's just that positive way of thinking and how being positive is essential it is to a team. Because once you let that toxicity in, that's it. There goes the mission. It doesn't matter how, how good it is.

I would rather have a team of 50 positive and motivated people who are passionate about what they're doing. Then all the funding in the world, but a bunch of angry, bitter people.

I think that surprisingly has been my biggest takeaway.

The question is, do we want to explode in a great way or do we want to be tired and have to dissolve the nonprofit at the end of the year?

Because that could happen too. So with this year, we are looking at better fundraising and adding in more key staff.

Right now we have three key staff. We're getting into the communities more and that means that I have to get out and be that voice that goes out in the community. Which is hard, because I'm somewhat of an introvert. I like working from home because I don't have to go anywhere. I can just stay here.

But I have to get and be the one that moves this thing forward.

So we're working on expanding our team, but really more so on how do we make this a thing that people recognize?

Yes, there's Boys and Girls club and Big Brothers, Big Sisters, but I want people to know and go to No Solo Existen because they've seen our output and they know the value of what we're doing.

So that's really our biggest thing this year is okay. Exploding, but exploding with a high-quality resource. So really just helping these young adults and helping these kids even more.

How has LIVE A GREAT STORY played a part in No Solo Existen?

LIVE has been a big part of us because as you know, we've used the shirts whenever we do fundraisers. People are crazy about the message.

So we'll just a one-color shirt and sell them for fundraising. You guys are very much a part of our fundraisers because it nicely ties into what we're trying to promote. We want these kids to have a chance at living their great story too. 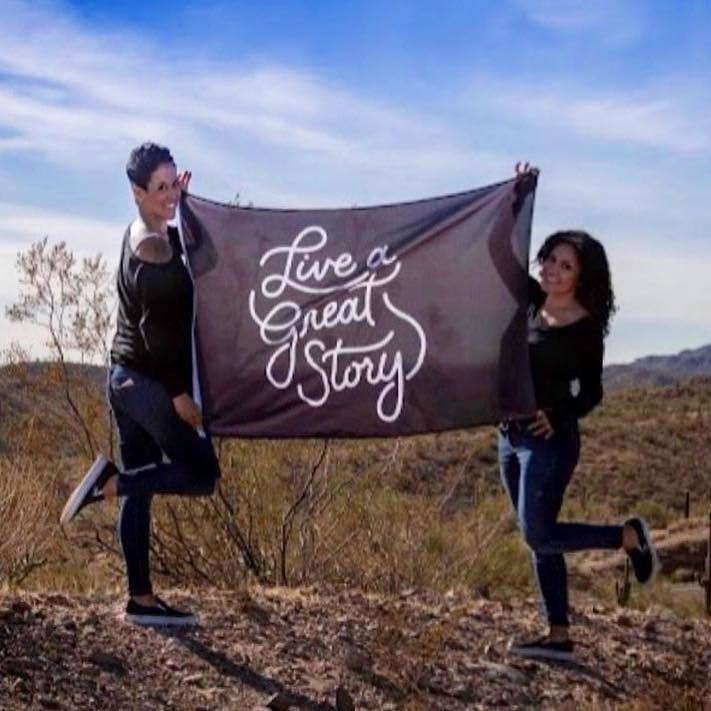 Angelina has been a long time member of the LIVE A GREAT STORY community, integrating the message into her own story in tons of cool ways including through her dance crew. 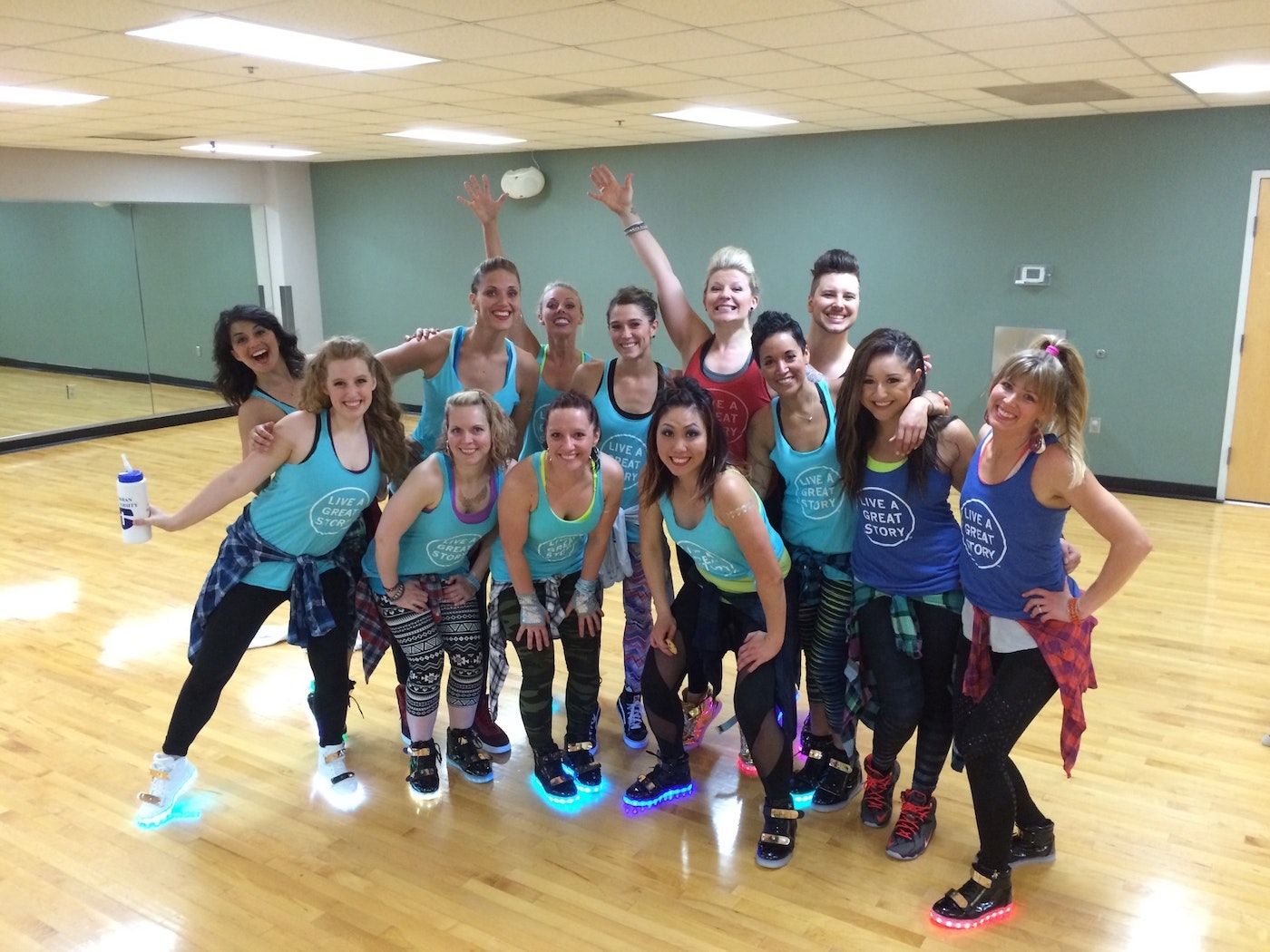